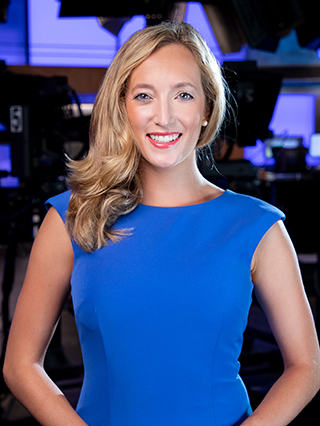 Blair Best started as a reporter/multimedia journalist for CBS 13 in March 2020. Before stepping into the role of a reporter, she worked as one of the station’s assignment editors.

Blair grew up in the midcoast of Maine and graduated with honors from New York University in May 2018, where she double majored in Journalism and Acting. While at NYU, Blair reported for The Washington Square News and wrote an honors thesis that re-evaluated the work and radicalism of a forgotten twentieth-century American playwright. This work earned her an NYU Tisch School of the Arts Honors Certificate in Theatre Studies.

Before joining CBS 13, Blair wrote for The Forecaster newspaper, Maine magazine, and was an arts and culture reporter for The Portland Phoenix.

She strives to hold the powerful accountable, give a voice to others in the community, and is passionate about getting results. In direct response to some of her reporting, two teenagers living in their car found affordable housing. A young boy with autism found a ride to his special education classes. Half of the staff at a nursing home decided to get vaccinated against COVID-19. A 93-year-old woman finally found home care, and dozens of Portland businesses were removed from a food delivery app they didn't consent to be on.

Blair is happy to be back in Maine and living in Portland, where she enjoys following the city’s arts scene, training at Portland Ballet, and exploring the islands off the coast.

She has a passion for storytelling and is grateful to be able to give her fellow Mainers a voice each and every day. Feel free to reach out to her with your story ideas (bgbest@sbgtv.com) and don’t hesitate to say “hello” if you see her!